Strathyre & The Trossachs – The Sunday Times from Katie Wood 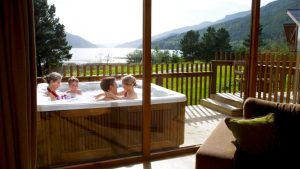 The Trossachs encompasses all that’s great about Scotland in one small, compact space. Located on the doorstep of our central cities, the area is often described as the Highlands in miniature.

It does straddle the boundary between the Highlands and the Lowlands, and it is a beautiful patchwork of lochs, mountains and charming villages such as Aberfoyle, Strathyre and Balquhidder.

It’s fair to say that its shortbread-tin scenery is every bit as popular today as it was more than a century ago, when Queen Victoria and Sir Walter Scott first brought it to public attention.